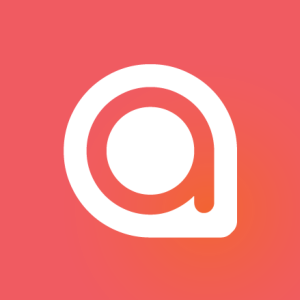 Prev4 Reasons for a Website Redesign
Searching for design inspiration?Next

How I became a Graphic Designer

How I became a Graphic Designer

Or in other words how I started my career in the world of graphic design. Oh, and web designer eventually as well?

Ok, so a long time ago, in a galaxy far far away……

Well over 20 years ago, in another country, England to be precise. A young girl (me) left 6th form college as it used to be back then. With no idea of what to do, as all young people feel to be perfectly honest! Well, I got a job for a year with Manchester City Council, entertaining OAP’s. With peg making crafts and guitar sing-alongs. Mother and toddler groups as a supervisor, yes, yet more craft lessons. Like making paper puppets, past picture frames, etc. I also worked at Youth Centre Groups, this group was the hardest to entertain. Mostly it involved stopping the older kids from running around knocking the smaller kids over!

This job I really loved doing with all its craft making. It gave me an outlet to create anything ‘arty’ and everyone in the company turned to me for my artistic skills. But when my contract was up after a year, I sort of just stood there in the office. On my last day, scratching the old head, lost yet again as to what to do with my life!

Luckily enough my boss called me over to give the farewell speech and the words of gratitude for all my hard endeavors and artistic abilities. He then asked me what I planned to do now? I gave a little shrug and a pleading look appeared in my eyes for a direction. Don’t forget I was only 21 at the time! So my fabulous boss, whose name I just can’t remember now made a suggestion.

“Have you ever thought of becoming a Graphic Designer?”  I looked at him with a completely blank look on my face. A what, what’s a graphic designer? I had never heard of such a thing. My careers adviser never mentioned it in any of her interviews.  My boss sat me down and explained who and what a graphic designer was.

Well, he said and explained….

Here’s what a graphic designer is and what they do… ….. a graphic designer is a person who communicates ideas with visual concepts by hand, which is what it was back then.  A person who can express a particular idea with artwork and text. Using illustrations, photographs, shapes, fonts colours and logos. explained and the girl thought, wow that sounds just what I should be doing! And so the next day I took out my trusted Yellow Pages (phone book) and I looked for a college that taught Graphic Design…. After finding one within commuting distance, I jumped onto a  bus with some of my artwork rolled up under my arm and off I set to the college.

“I want to be a Graphic Designer!” I said

“Err, here’s some of my artwork…..” I said passing over my rolled-up artwork.

Mr Chapman stood looking at me, with his mouth open, took the rolled-up scraps of artwork, opened them and then he looked back up at me.

“You do know that the course started 2 weeks ago and it’s for 4 years?” was Mr Chapman’s reply to looking at my ‘portfolio’

“Also, this isn’t the usual way that people apply for college?”

I stood there looking at Mr Chapman sheepishly and explained that my contract had only finished the previous day. That’s why I was only just now applying for the course. I went on to explain that my ex-boss told me that he thought it would be an excellent career choice for myself. What with all my artistic abilities.

And that was how I started attending Chorlton Park College (Manchester, UK) to become a graphic designer.

Back in the day

Graphic designer was only just starting to use ‘computers’ to create a design, back then it was the Apple Macintosh SE I think? We used a programme called Aldus Pagemaker 2/3.

a brief excerpt from a page on Aldus Pagemaker

Aldus Pagemaker 1.2 for Macintosh was released in 1986 and added support for PostScript fonts built into LaserWriter Plus or downloaded to the memory of other output devices. PageMaker was awarded a SPA Excellence in Software Award for Best New Use of a Computer in 1986.

In October 1986, a version of Aldus for Hewlett-Packard’s HP Vectra computers was made available. In 1987 Aldus was available on the Digital Equipment’s VAXstation computers.

Aldus Pagemaker 2 was released in 1987

Until May 1987 the initial Windows release was bundled with a full version of Windows 1.0.3; after that date, a “Windows-runtime” with no task-switching capabilities was included. Thus, users who did not have Windows could run the application from MS-DOS.

Aldus Pagemaker 3 for Macintosh was shipped in April 1988. PageMaker 3.0 for the PC was shipped in May 1988 and required Windows 2.0, which was bundled as a run-time version. Version 3.01 was available for OS/2 and took extensive advantage of multithreading for improved user responsiveness.

It was so basic, that they actually didn’t use it very much, maybe for just some typography! She remembers spending nearly a full week learning how to draw a straight line to be used in printing.

What a week you say!

Yes a week, it’s not as easy as you think yo create a flawlessly straight line with a pen and metal ruler that would be suitable to go into print, never mind using a scalpel to clean the ends without taking too much surface layer off your pasteboard…. Pages were designed on pasteboard back then, it could take a whole day just to generate the layout for just one page. What with running to and from the typesetters for your text…. Yes, typesetting was done by another company! This then had to be cut up and be precisely placed in the right location on the board, then running up and down to the darkroom where you would use the camera to render your pictures ready for printing purposes.

We also had to learn how to illustrate by HAND! Making proofs of pages with our Pantone Pens. This she loved to do, it allowed her artistic side to shine.

After 4 hard years of learning the techniques of becoming a graphic designer. She stepped out into the world with her Ba in hand and faced the world.

But that is another story for another day….